Wax is secreted by bees in the form of white scales. They use it to build honeycomb and to seal the cells.

Wax is chemically very stable. It is insoluble in water and resistant to hydrolysis, acids and enzymes. It contains hydrocarbons, monoesters, diesters and triesters.

It is used in medicines as a thickener, an excipient or to coat drugs. It is an ingredient in many different creams and ointments, not forgetting earplugs, dental moulds and osteoarticular surgical elements.

Of all the products that come from a beehive, wax is the one that is used the most, in smelting, textiles and high-tech industries. 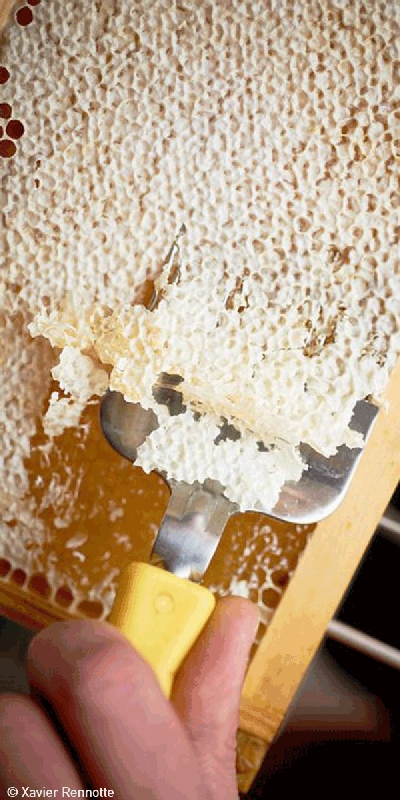