The disappearance of bees

Bees are the number one pollinisers of fruit, vegetables, flowers and forage crops. More than 1/3 of the world’s crops depend on pollination.

They take their protein from the pollen and carbohydrates from the nectar. They feed on flowers and pollinate them ‘in passing’. In parts of the world where there aren’t any bees, humans have to do the pollination themselves.

There are more than 20,000 species of bees in the world. Most of them spend a lot of their life hidden in the ground or in a hollow tree trunk. Very few have developed social behaviour like honeybees.

Bees have natural defences and a level of hygiene that have kept them healthy for more than 50 million years. They use resins (propolis), a natural antibiotic that mankind has known about since Biblical times.

When bees started to disappear en masse, it was obvious that something was going very wrong. In our collective consciousness, in a very primal way, we know that we can’t let bees disappear.

What’s going on? Bees are dying for different reasons that are having an effect on each other.
We have data about honeybees, so they serve as our point of reference.

There are currently half as many hives in the Western world as in 1945. The reason for this is changes in farming methods. We have stopped planting plants for ground cover, clover and alfalfa, and we have started using chemical fertilisers. Clover and alfalfa are very important foods for bees. After 1945, we started to use weed killers, but a lot of the weeds that they kill are flowering plants that bees need. And we have started to get greater expanses of monocultures. The farms that were feeding bees before have become agricultural food deserts dominated by one or two categories of plants.

Then there are the pesticides, which we started to use on a large scale after the war. This was necessary because of the monocultures that gave pests a real feast. Researchers from Penn University in the United States examined the pesticides in the balls of pollen that the bees took back to the hive, and they discovered that there were at least 6 pesticides that could be detected in each sample of pollen collected (study references: http://news.psu.edu/story/184500/2008/08/18/pesticide-buildup-could-lead-poor-honey-bee-health).).

Bees hold up a mirror to ourselves. How many more are needed before mankind is contaminated?

One group of insecticides is neonicotinoids, which are used all over the world.
In most cases, only the seed is covered with insecticide, so the concentration in the plant, the nectar and the pollen is low. Bees consume a small amount, which doesn’t kill them but which, even if it doesn’t poison them, does disorientate them and sometimes stops them finding their way.

As well as all this, bees have their own illnesses and parasites. Their public enemy number one is the varroa destructor, a blood-sucking parasite that attacks their immune system and gives them viruses.

Another problem for honeybees sometimes comes from their best friend, the beekeeper. Bees weren’t expecting humans and never needed them. They have to make us fit in with nature, to which they have always adapted. Beekeepers are supposed to look after bees, not control them.

All bees and all pollinators are affected. We need all bees. 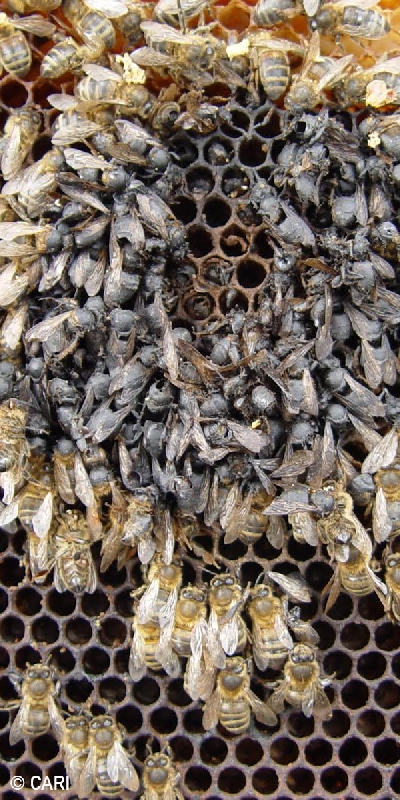