The beekeeper and his work

A beekeeper is not the master of the bees. He doesn’t control them or transform them: he observes them. He tries to understand and anticipate. A good beekeeper is a good technician, who has developed an understanding of bees through practice and experience, and has learned to interpret their behaviour.

He is responsible for the bees and manages his hives according to the target he has set for himself and the environment of his apiary. He will make sure he offers them the best possible shelter so that they will live longer and use up less energy.

Beekeepers have been around since the dawn of humanity, all around the world. Mankind has developed a wide range of techniques to collect what the hive produces; many scientists have delved into the fascinating world of bees.

There are three different kinds of beekeeper:

those who keep bees as a leisure activity, often passionate amateurs who manage several hives and are happy to collect the honey, the pollen or the propolis. Included in this group are urban beekeepers, who are growing in numbers, along with the vast majority of Belgian beekeepers.
mid-range professionals, who make a living from their bees and produce enough honey to sell. Our partners come into this category.
industrial beekeepers who manage thousands of colonies, sometimes moving them over thousands of kilometres, whose only goal is to maximise honey production without thinking about the spirit of the colony.

List of Apiary Schools in Wallonia and Brussels (in French), published by the Cari.

A year in the life of a beekeeper (in French) source: Actu Api, L'essentiel du programme européen Miel, published by the Cari

Setting up a hive in Brussels (in French), published by the SRABE 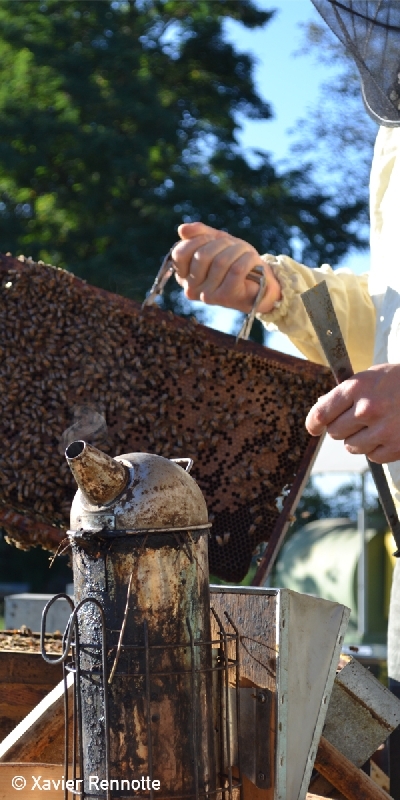